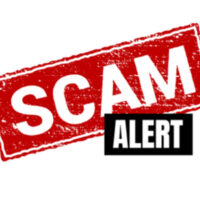 There is some good news out of the Tallahassee federal courthouse. Three men have pled guilty to committing fraud on homeowners following Hurricane Michael. Many of their victims were senior citizens, who are especially vulnerable to scams following a natural disaster. According to the Miami Herald, the three men are Edward Newton, 45; Christian Pantazonis, 31; and Christopher Mayes, 29. They ultimately scammed about $320,000 out of their victims.

The scam began about a month after Hurricane Michael struck the panhandle in 2018. Newton was the ringleader who hired both Mayes and Pantazonis to work for his remodeling company. These two men went around Panama City and surrounding areas to contact people door-to-door whose homes were damaged in the hurricane. Newton Remodeling promised to replace damaged roofs and perform significant repairs to the interiors of damaged structures.

This was a classic scam. The men would ask for thousands of dollars in down payment upfront to purchase materials or building permits. The men also promised to prioritize certain customers if they coughed up more money.

To keep homeowners in the dark, the company performed some initial, minor repairs on the damaged properties. This bought some goodwill and convinced many that they would soon follow through on the major repairs, such as roof replacement.

However, the 3 men never begin any significant repair work. When customers complained, they promised to refund the money. Eventually, however, Newton wrote a letter to homeowners and told them that he had no intention of either beginning the repairs or refunding them their down payments.

Asking for money upfront is a classic scam technique. Although the story doesn’t clarify, it is easy to imagine that many people also paid in cash or check instead of with a credit card, which could be cancelled. Having a contractor contact you by knocking on the door is also a huge red flag that the person on the other side of the door is not a legitimate businessperson.

Many scammers get away with their crimes. We are happy that these three were caught and face justice. They have pled guilty to 19 counts of wire fraud and 1 count of conspiracy to commit wire fraud. As punishment, the men face up to 20 years in prison and a $250,000 fine for each count.

The men will be sentenced in early July for their crimes. We hope that the victims feel some measure of justice, though it is unlikely that they will ever see a penny of the stolen money. Homeowners who have suffered damage in a hurricane must therefore protect themselves.

After a storm, avoid hiring anyone who comes knocking on your door. Instead, seek out experienced home contractors in your area and ask for references. You can check at the local lumberyard to see if the person is well known and what others think of them. Also check to make sure they have a website and a physical address listed. You can also do a basic Google search on the person’s name as well as check with the local Better Business Bureau.

Speak with Bundza & Rodriguez after a Storm

Getting an insurer to process a claim has proven difficult for victims of Hurricane Michael. As we have reported, tens of thousands of claims remain outstanding.

By Bundza & Rodriguez, P.A. | Posted on March 7, 2020
« What Deductible Should You Choose for Hurricane Insurance?
Still Waiting for Help from Hurricane Irma »