Are More Dangerous Storms in the Offing? 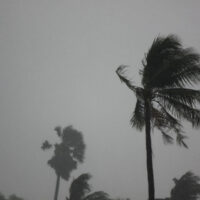 Hurricane season is expected to get even busier in the Atlantic basin as we approach the middle of August. And, according to the National Oceanic and Atmospheric Administration (NOAA), this could be a particularly dangerous hurricane season due to cooling waters in the Pacific.

A story in the Palm Beach Post reports that the NOAA has issued a La Niña watch. This phenomenon means that there should be more storms in the Atlantic, and they might be stronger than usual.

Hurricane season 2020 is already breaking records for the number of named storms so early in the season. Tropical Storm Edouard was named on July 5, 2020—the earliest in any season in which we have had five named storms. (Storms are named alphabetically, so Edouard was the fifth-named storm of the season.)

And Edouard was followed by Tropical Storm Fay, which also was the earliest F-named storm on record by about 2 weeks. In a regular season, we wouldn’t get to an F-named storm until September, so we are almost 6 weeks ahead of schedule. At this pace, we might run out of the alphabet before hurricane season comes to a close.

If there’s good news to be had, it’s that these early-season storms have been fairly tame. Certainly, they are not as strong as storms that form later in the season in the tropical weather systems. In fact, 2020’s tropical storms have been so weak that this season ranks only #20 when measuring the accumulated cyclone energy. So, in short, we’ve seen many storms but just not strong ones.

As the season progresses, however, La Niña could allow stronger storms to reach the Atlantic Coast. La Niña describes a phenomenon where water in the Pacific Ocean cools. Consequently, westerly winds wane, which is a problem, because westerly wind shear tends to rip apart hurricanes while they are developing in the Atlantic basin. If wind shear declines, then more storms can form—and they will be stronger as they move towards the United States.

This is bad news for the remainder of hurricane season. Nevertheless, experts warn not to put too much stock in La Niña. The opposite condition is called El Niño, where waters in the eastern Pacific Ocean warm, which increases wind shear in the Atlantic. Technically, this should disrupt storm formation, though El Niño occurred in some years with strong storm activity. Neutral years like 2005 have also seen significant storm activity, so predictions based on Pacific Ocean water temperatures are not always accurate.

We Are Here to Help with Insurance Claims

If you have suffered storm damage, Bundza & Rodriguez, P.A. can help. Our Daytona Beach hurricane insurance claim lawyers have helped many homeowners and businesses file insurance claims following a tropic storm or hurricane. We can negotiate when insurers reject claims and can also file an appeal when an initial claim is denied or resolved in an unsatisfactory manner.

By Bundza & Rodriguez, P.A. | Posted on August 11, 2020
« Fay a Sign of How Dangerous Tropical Storms Can Be
Five Common Types of Car Accidents and How They Happen »