Arthur is First Named Storm of the Season 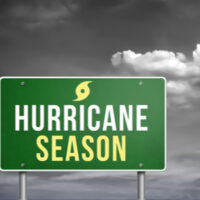 Hurricane Season officially started June 1st, and already there is a named storm, Tropical Storm Arthur, that has developed over sea. Whether Arthur matures into a hurricane remains to be seen. However, it should come very close to the United States coast and could cause property damage. Now is the time to get your home hurricane ready, if you have not already done so, and speak to an attorney if you need to make a flood or property damage claim.

Early Storms are Not Unusual

As CBS News notes, this is the sixth straight year in which a named storm has formed in the Atlantic before the start of hurricane season. As of this writing, Arthur is expected to travel up the East Coast on Monday and Tuesday. It should come very close to the North Carolina coast and can drop up to 5 inches of rain.

As meteorologists have noted, they are better able to see early-season tropical storms thanks to developments in technology. These storms are relatively weak, and in earlier decades meteorologists might have overlooked them. Still, any named storm is one that homeowners should take seriously.

Though weak, storms like Arthur can create rip currents in the ocean waters. These fast-moving currents of water can pull people out to sea and leave them there to drown. Many people become exhausted fighting the rip current and succumb. Anyone who is in the water during a storm should be aware of the possibility and not fight a rip current if they get caught in one. Instead, swim parallel to shore, if possible, which will eventually take you out of the current. Then you can swim back to shore.

With sustained winds of 45 miles per hour, Arthur should not develop into a Hurricane before it cycles out to sea. It is expected to head East soon after touching the North Carolina coast.

Storm Surge is a Problem

As we have seen with recent storms, water damage is becoming the norm. Storms can cause sea levels to rise, which can lead to flooding in coastal areas. Also, large amounts of water often lead to flash floods as well.

If you have not cleaned out your gutters, then now is the time. Repair any that are in poor shape or, better yet, replace them with a newer model. Moving water away from a home is critical during tropical storms and hurricanes. You should also consider installing a pump in your basement to pump out any water.

Arthur promises to be only the first of many named storms that land or come close to the Southeastern part of the United States. If your home is damaged in one of these storms this season, you might need to make an insurance claim, which is often harder than people realized.

By Bundza & Rodriguez, P.A. | Posted on June 10, 2020
« Preparing Your Home for Hurricane Season
Can You Be Forced to Arbitrate a Homeowners’ Insurance Dispute? »