Fay a Sign of How Dangerous Tropical Storms Can Be 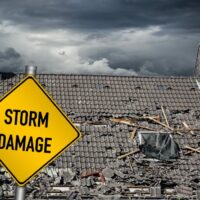 Tropical Storm Fay recently struck New York and New Jersey, dropping buckets of rain and punishing everyone with high winds. The storm made landfall about 10 miles northeast of Atlantic City before moving up the state and into New York. This storm is a reminder of how even relatively “weak” tropical storms can cause damage and disrupt people’s lives.

If you’ve suffered property damage because of a storm, please contact our law firm. We can help you make an insurance claim for compensation or file an appeal if your claim has been denied.

Up to Seven Inches of Rain Dropped

We have written many times that flooding is a serious concern with storms, and tropical storms can drop tremendous amounts of water even if their winds never rise to hurricane-level intensity. Fay helped prove this point by dropping up to 7 inches of rain in various spots—only 2 or 3 inches was initially expected. Flash flooding has been reported, which makes traveling dangerous, and power outages have occurred in surrounding areas.

Rain also seeped into subway stations, forcing many commuters to use umbrellas to shield themselves. Of course, we should not be surprised if water intrusion happened in many homes, flooding basements and other low-lying areas and causing considerable damage if homeowners do not have a pump installed. Floodwaters can damage the structure of a building but also lead to mold formation. Fortunately, meteorologists explained that the storm was moving so fast that extensive flooding was unlikely.

At its peak, Tropical Storm Fay had sustained winds of 35-40 miles per hour, with some gusts over 50 m.p.h. There was also a chance of a tornado forming. Waves of about 10 feet were reported hammering the coast.

Governor Cuomo issued a statement that he was deploying resources to affected communities across New York. He also encouraged residents to be careful when travelling outside. Fay ultimately weakened and became a tropical depression on Saturday before dissipating altogether on Sunday, July 12, 2020.

The storm was so strong that President Trump had to cancel a campaign event in Portsmouth, New Hampshire on Saturday night in anticipation of the storm’s arrival. He has not announced the new date for the event.

This is a busy hurricane season already, and we anticipate the President and Joe Biden having to be careful about where and when they hold campaign events for the remainder of summer and into the fall. Already, we have seen six named storms—a record for this early in the season. Generally, the sixth-named storm does not arrive until September, so we are almost 2 months ahead of schedule.

Fay will not be the only tropical storm. We anticipate one or more striking Volusia County in the near future, causing property destruction and possibly rendering some people homeless.

If your property was damaged, we might be able to help. Our Daytona Beach hurricane insurance claim lawyers have made many property damage claims for flooding and wind damage. Contact us today to schedule a free consultation at 386-252-5170.