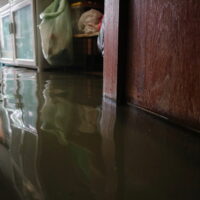 The United States Army Corps of Engineers controls two reservoirs in Houston that flooded during Hurricane Harvey in 2017, damaging the properties of hundreds of adjacent homeowners. What’s more, the damage was foreseeable, but the government took inadequate steps to prevent the flooding.

These were the findings of a Federal Claims judge hearing a recent lawsuit, according to Reuters. Thirteen homeowners sued the government, alleging that the government took their property without providing fair compensation during the 2017 hurricane when the Addicks and Barker Reservoirs overflowed. The homeowners demanded compensation for the loss of their property.

Harvey was a powerful storm that dropped almost five feet of water over the course of four days. The area of Houston is typically very dry, and homeowners had no idea that they were at risk of flooding should a hurricane hit. Harvey caused around $130 billion in damage.

This case is interesting because the area was deserted when the Barker Reservoir was built in the 1940s. However, Houston has enjoyed unprecedented growth over the past 50 years, and soon neighborhoods sprang up near the reservoir. According to the findings of the Federal Claims judge, the fact that people came to the reservoir did not act as a defense to the government’s inaction. Instead, the judge found that the government should have bought more property near the reservoirs to presumably act as a buffer in the event a bad storm hit.

Over the years, an increasing number of complaints have been lodged against the Army Corps for failing to prevent flooding around the country. When the Mississippi River flooded the Midwest in 2019, there were also calls for the Army Corps to do more. The U.S. Senate has even held hearings on this issue.

Not the First Lawsuit against the Corps

Homeowners have previously sued the Army corps over flooding that occurred in the 2000s and 2010s. In that suit, the homeowners alleged that the Army Corps made protecting endangered species more of a priority than preventing flooding. A Federal Claims judge agreed with the homeowners, finding that the Army Corps released flood waters along the Missouri River and flooded nearby areas.

However, the Army Corps has prevailed in other flooding-related lawsuits. One prominent case involved flooding during Hurricane Katrina. Although the government lost at trial, an appellate court reversed. The Supreme Court chose not to review the decision.

Have You Suffered Flood Damage?

The Army Corps of Engineers has responsibility managing the nation’s waterways and handling flood protection. If you have suffered property damage during a storm, you should consider whether the government contributed in any way to the damage. Meet with an experienced storm damage lawyer in Volusia County to review the facts of your case and analyze your options.

The Daytona Beach storm damage lawyers at Bundza & Rodriguez, P.A  have represented many property owners in a variety of legal claims, many involving insurance disputes. If you have suffered property damage after a storm, give us a call. You can schedule a free consultation by calling 386-252-5170.

By Bundza & Rodriguez, P.A. | Posted on January 24, 2020
« What Can We Expect for Hurricanes in 2020?
New Florida Law Could Criminalize Abandoning Pets During a Hurricane »