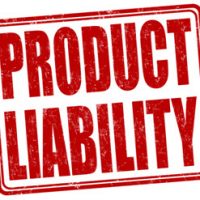 Hormonal contraceptives, also known as birth control, are some of the most commonly prescribed drugs for young women. These drugs use hormones similar to the estrogen and progesterone that naturally regulate women’s fertility. In contraceptives, the hormones are dosed in such a way as to prevent ovulation (the release of a fertile egg cell from the ovary), thus meaning that the woman does not become fertile while she is taking the contraceptives. (Most women of reproductive age who do not take hormonal contraceptives ovulate once per menstrual cycle, meaning that they are fertile for about five days each month.) Female sex hormones when taken as a medication, whether as a contraceptive for women of reproductive age or as hormone replacement therapy for menopausal women, increase the risk of blood clots, which, in the worst-case scenario, can lead to heart attack or stroke. Yaz, a contraceptive that enjoyed great popularity when it first became available on the market, was the subject of numerous product liability suits, on the grounds that it carried a higher risk of blood clots than other contraceptives.

Why Is Yaz Riskier Than Other Hormonal Contraceptives?

All hormonal contraceptives contain a hormone similar to progesterone, the hormone that increases after ovulation in a normal menstrual cycle. Progesterone prevents ovulation, because it sends a signal to the rest of the body that ovulation has already occurred, so it is not time for the ovaries to prepare another egg. The progesterone-like hormone in Yaz is a synthetic hormone called drospirenone. Bayer, the makers of Yaz, intentionally made a contraceptive pill that would prevent ovulation, like the body’s naturally occurring progesterone does, but that would avoid some of the usual progesterone side effects, especially weight gain.

Because it did not cause weight gain like other birth control pills, Yaz was quite popular when it first became available for sale in 2006. Unfortunately, though, women taking Yaz suffered blood clots at three times the rate of women taking other types of hormonal contraceptives. More than 200 women died from complications from blood clots related to the use of Yaz, and thousands were hospitalized.

The Yaz Lawsuits and Their Settlements

Since the market debut of Yaz in 2006, more than 11,000 women have filed product liability lawsuits against Bayer, claiming that Yaz or other contraceptives containing drospirenone were the cause of their blood clots, heart attacks, or strokes. In total, Bayer has paid more than two billion dollars in damages to patients who became ill from taking Yaz. The case law seems to show that, while Yaz is safe enough to remain on the market, it was the cause of illness in the women who have received settlements from Bayer related to their use of the drug.

If you have become ill from taking a prescription drug, even though you were taking the drug properly, you might have grounds for a product liability lawsuit. Contact Bundza & Rodriguez in Daytona Beach, Florida for a legal consultation.

We do not charge a fee for meeting with you to evaluate the merits of your case.

We will even come to your home or hospital room at your request and convenience.

Skip footer and go back to main navigation