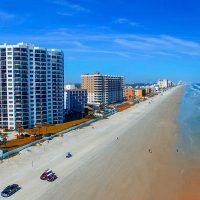 The collapse of a Miami-Dade condominium tower has raised concerns about commercial property damages in Daytona Beach. State and local officials are questioning how high-rises are inspected and the effects that failing to promptly address needed repairs could have on the structural integrity of buildings.

In the hours before dawn on June 24, 2021, residents of the Champlain Towers South condominium in Surfside, Florida woke up to a strange rumbling. Witnesses state that large cracks in the walls appeared just moments before the entire building collapsed. Floor upon floor tumbled to the ground, leaving behind a massive cloud of dust and piles of wreckage. According to a July 24 CNN News report, firefighters have thus far identified 97 victims and after a month-long rescue effort, are turning the scene over to police, who will focus on search and recovery.

In the aftermath of the tragedy, investigations into the causes are ongoing but preliminary data is raising concerns among city officials in other coastal areas throughout Florida, including Volusia County. Seemingly minor damages due to being battered by tropical storms and hurricanes that steadily worsened over the years combined with maintenance issues at the 40-year-old tower are alleged to have impacted the building’s structural integrity. An AP News report quoted engineers as saying that had building inspections been more thorough and frequent, there is a chance the tragedy could have been avoided.

The Daytona Beach area has dozens of oceanfront high-rises that were built around the same time period as the Champlain Towers. However, while Miami-Dade County requires recertification inspections after 40 years and once every 10 years after that, there is no such rule in Volusia County. According to a recent report by the Daytona Beach News-Journal, this has local officials and property owners concerned.

Minor damages caused by adverse weather do not always get addressed immediately when they happen. This creates vulnerabilities that eventually worsen over the years. Lack of routine maintenance and overlooking certain types of tasks, such as painting to water seal, replacing old pipes, and eradicating mold, can end up impacting the building’s overall structural integrity, making it unsafe for residents and guests.

More frequent inspections and a more stringent recertification process could help in identifying potential problems. Condominium owners and managers can do their part in making high rises safer and preventing a tragedy in our area by taking the following actions:

At Bundza & Rodriguez, we help you get the compensation you need to make important safety repairs to your property. Give us a call or contact our Daytona Beach property damage attorneys online and request a consultation today.

By Bundza & Rodriguez, P.A. | Posted on August 17, 2021
« Should I Hire A Property Damage Claims Attorney?
Are You Responsible For Property Damages To A Neighbor’s Home? »