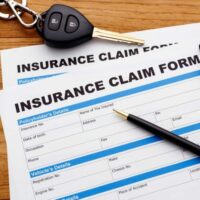 Hurricane Dorian might not have made landfall in Florida, but it made enough of an impact for thousands of residents to file insurance claims already. According to the Sun Sentinel, through mid-September, around 4,000 people filed insurance claims in the state for damage caused as Dorian spun past the state on Labor Day. The Sun Sentinel obtained the numbers from the Florida Office of Insurance Regulation.

More than half of all claims have been for damage to residential property caused by the storm. Although the winds were much weaker than expected, they were still powerful enough to throw objects around. In Daytona Beach, for example, peak gusts reached 44 miles per hour, which would be enough to push over a weakened tree onto a home or to snap off a dead branch, which could then fall onto an automobile.

People buy hurricane insurance precisely for storms like Dorian, and it shouldn’t matter that the storm was not as powerful as many had feared. If it caused damage, then policyholders should be compensated so long as the damage is covered by the policy.

As of September 16, only 156 claims have been for damage to commercial properties, like stores, gyms, and office buildings. About 1,500 were for other miscellaneous claims, for damage to things like crops, cars, and airplanes.

Insurance industry executives quoted by the Sun Sentinel encouraged those who had suffered property damage from Dorian to submit a damage report, even if the damage was minimal. The reason? The damage you do report can count toward your deductible for the year. This way, if another storm causes even more damage, then your insurance might kick in sooner. If you don’t report the damage, then you could end up further behind financially.

For example, imagine your deductible is $5,000. Dorian caused only $3,000 in damage. However, by reporting this, you will be covered if a future hurricane this year causes more than $2,000 in damage.

Losses Estimated to Be Just Shy of $20 Million

The Office of Insurance Regulation has estimated that the damage caused by Dorian should reach $19 million. This is much lower than the damage caused by other recent hurricanes. For example, Hurricane Michael which struck the Panhandle in 2018 caused around $7.16 billion in damage. It also led to 150,000 filed insurance claims.

Hurricane Irma ended up causing over $50 billion in damage when it made landfall in 2017. In fact, Irma’s damage was so extensive that insurers are continuing to process and dispute claims for all the damage that it has caused.

Do You Have an Insurance Dispute? Contact Us Today

Insurers are rarely excited in paying out compensation on an insurance policy, so no one should be surprised if they have a valid claim which gets denied.

At Bundza & Rodriguez, one of our Daytona Beach hurricane insurance claims attorneys can help you get the compensation you are entitled to. For help resolving your claim, please contact us today by calling 386-252-5170. We offer free, confidential consultation.