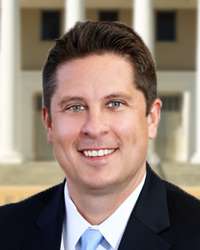 Mr. Bundza graduated from Florida State University with a B.S. in Communication and received his Juris Doctor from the University of Florida.

Mr. Bundza began his legal career defending some of the nation’s largest insurance companies and their clients in automobile negligence and medical malpractice lawsuits. Since founding Bundza & Rodriguez in 2007, he has dedicated his practice to representing clients in disputes with insurance companies.

He resides in Port Orange with his wife and two daughters.