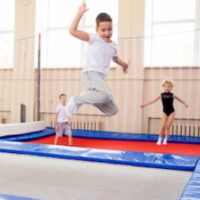 Trampoline parks can provide hours of fun for families, but they also can be quite dangerous. A recent investigative report from ClickOrlando.com highlights the extent of the problem.

According to the report, injuries from trampoline parks are on the rise. In 2017, almost 18,000 people visited the emergency room because of a trampoline injury, which was a dramatic increase from the 2,500 injuries sustained in the prior 4-year period.

Industry executives claim that the increase in the number of injuries stems from the increased popularity of trampoline parks. They have a point. There were only about 40 parks across the country in 2011, but today there are over 1,200.

Trampoline parks are also popular in this region as well, and many people are injured, such as:

Many accidents result in fractures, joint damage, and bruises that require immediate medical attention. In some extreme cases, people even die. An independent report from CBS News found that six people had died in trampoline parks over the past seven years. The state of Florida, however, has not responded. It is one of the few states that does not mandate inspections of its trampoline parks.

Hurdles Before You Can Sue

You might think that if you are injured at a trampoline park you can automatically sue. But there are some hurdles to any legal claim.

For one, jumping on a trampoline carries some inherent risk, which you can easily see. If you choose to try to do a backflip, then you are choosing to engage in a risky activity. Generally, people cannot sue when they assume the risk of injury.

The public should be aware that not every waiver is valid. Some might not cover the misconduct committed by the trampoline park. Also, these waivers do not prevent a lawsuit if the trampoline itself was defective, which would make the manufacturer and others vulnerable to a lawsuit.

Were You Injured at a Trampoline Park?

The legal liability issues involved in trampoline park injuries are complicated. If you or a loved one has suffered an injury, you should consult with an attorney right away. You might have important legal rights, including the right to compensation to cover medical bills, lost income, and pain and suffering.

Please contact Bundza & Rodriguez today. We are experienced Daytona Beach personal injury attorneys that have successfully sued many businesses when customers are injured. Schedule your free consultation today by calling 386-252-5170.