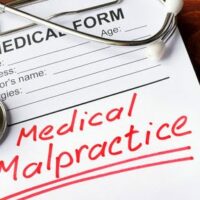 Of all the mistakes a surgeon can make, you would think the last would be operating on the wrong patient. But this is exactly what happened in Iowa when doctors told a man that he had prostate cancer and then performed surgery on him.

According to USA Today, Rickie Huitt had a biopsy done of prostate tissue, which was not cancerous. However, his sample was switched-up in the laboratory with the prostate sample of another man who did have cancer. Because of the wrong diagnosis, Huitt ended up having his prostate cancer removed when there was no reason to. Unfortunately, the surgery caused problems for Huitt, including incontinence and impotence.

The clinic responsible for the error ultimately admitted responsibility for the mistake. However, the parties disagreed over the amount of compensation the victim should receive for his injuries, so the issue was submitted to a jury for decision. In particular, the parties disagreed about how much money he should receive for compensation for pain and suffering and the reduction in quality of his life.

Huitt, who is a retired factory worker with John Deere, sued for $15 million. During the trial, the defendant told the jury that they should award $750,000 in compensation. The defense believed that Mr. Huitt could continue to do many of the same activities that he always had, so he did not deserve millions in compensation.

Huitt’s attorney, by contrast, argued that his client had “lost his manhood” and stressed that the fact he could continue to do other activities was irrelevant. Huitt’s wife was also a key witness, stating that their lives were disrupted significantly because of the injuries her husband had suffered. Ultimately, the jury awarded Huitt $12.25 million, which is close to what he requested.

Lab Mix-Ups are Not Rare

These types of lab mix-ups happen much more than they should, and they have happened in other high-profile prostate cancer cases. The St. Louis Post-Dispatch, for example, reported on an almost example situation in early 2018 when a man had his prostate removed following a lab mix-up of biopsy results.

One doctor mentioned in the above story estimated that the number of biopsies is less than 1%. However, there are things that doctors can do to limit the likelihood of these errors. For example, they could take a DNA swab at the same time as the biopsy. The DNA test would then tie the biopsy sample to the correct patient. But even with a DNA test, mistakes can continue to happen, leading to unnecessary pain and suffering.

Laboratory mix-ups will never be entirely eliminated, and innocent patients need to hold labs and doctors responsible for their errors. If a lab mix-up has resulted in unnecessary surgery, you should consider bringing a medical malpractice lawsuit for compensation.

At Bundza & Rodriguez, we have represented many injured patients and we know how to bring these cases the proper way. For more information, schedule a free consultation with one of our Daytona Beach medical malpractice attorneys today by calling 386-252-5170.

By Bundza & Rodriguez, P.A. | Posted on May 9, 2019
« Are Dog Bites More Common in Florida?
Injured as an Uber Passenger: Am I Covered by Insurance? »