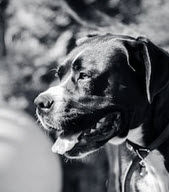 Florida residents own a lot of dogs. But does the state have more dog bite claims than other states? According to a recent report in the Sun Sentinel, the answer appears to be “no.” In fact, Florida’s rate of dog accident claims is lower than the nationwide rate.

The Insurance Information Institute looked at claims submitted to State Farm, which is the largest insurer for homeowners in the country. For 2018, Floridians submitted 1,281 claims based on dog bites, which ranked #2 in the country, only behind California. The number was down from the numbers for previous years.

The Amount of Florida’s Claims is Higher

Based on the same study, the average claim for a dog bite in Florida was $43,893. Although this number was down from last year, it was higher than the nation’s average of $39,017. There might be several reasons for this. For example, the cost of health care could be higher in Florida, and one major component of a settlement for a dog bite is medical care.

Dogs are a definite source of danger. About a third of all money paid out on liability claims with homeowners insurance policies was related to dogs or dog bites.

Certain people are at greater risk of dog bites. Consider the following facts:

In total, $675 million was paid out by insurance companies to compensate for dog bites. If you have young children, you should take definite steps to protect them so they are not attacked.

The American Humane Society recognizes the dangers of dog bites and therefore recommends that owners take certain steps to minimize dog bites. For example, owners should not leave their dogs alone with small children, especially strangers.

Dog owners should also make sure that their dogs receive regular medical care. Dogs that are sick are at an increased risk of biting someone than when a dog is healthy. Also pay close attention to your dog’s moods. An agitated dog is much more likely to bite someone than if the dog was calm.

If a dog has attacked you, realize you are not alone. Bundza & Rodriguez is a leading law firm. Our Daytona Beach dog bites attorneys have represented many dog bite victims in negotiations with homeowners insurers for compensation. We are anxious to represent you as well.

For help, please contact us today at 386-252-5170. You can schedule a free consultation with one of our dog bite attorneys.