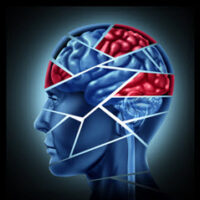 Florida has long been known as a destination for discount plastic surgery, with surgical centers popping up all over the place. However, a high number of fatalities and other injuries has finally caught the attention of lawmakers in the state. They have now responded by passing a bill that increases the oversight of these centers. According to Florida Politics, Governor DeSantis signed the bill into law in late June.

Among the regulations put in place to protect consumers are the following:

This issue came to public attention after a series of newspaper articles in USA Today highlighted the tragic deaths and injuries patients suffered at Florida’s plastic surgery centers. For example, USA Today found that two clinics operated by the same doctor were responsible for 8 deaths in Florida, making up 20% of all plastic surgery fatalities. Another dozen patients suffered critical conditions, such as punctured organs.

Medical Negligence is a Serious Problem

All surgery carries some risk. However, many of the patient deaths and injuries suffered at discount plastic surgery clinics in Florida are the result of surgical negligence. In other words, the doctor did not use sufficient skill and care during the procedure, harming patients as a result.

The details are eye opening. For example, one doctor tore a patient’s veins when injecting fat deep into the muscles during a Brazilian butt lift. These mistakes caused fat to gather around the lungs and heart, leading to death.

Doctors at many clinics failed to follow up properly with patients, leaving them to deal with complications and pain on their own. Many women were rushed to the hospital, where doctors discovered that problems had developed because of the plastic surgery.

Unfortunately, the state has not responded effectively to patient deaths and injuries. For example, the state would discipline doctors but not shut down clinics, which were allowed to stay open and bring in new, unqualified doctors. Hopefully, with the passage of the new legislation, Florida will get a handle on those surgical centers that have terrible safety records.

Were You Injured by a Plastic Surgeon? We Can Help

Plastic surgery mistakes will continue to happen. Fortunately, victims can bring a medical malpractice case when a surgeon fails to follow the accepted standard of care.

For more information, please contact a Daytona Beach medical malpractice attorney at Bundza & Rodriguez today. You can reach us at 386-252-5170.