Close Menu
Daytona Beach Lawyers > Blog > Personal Injury > Three Strikes and You Are Out? Not So Fast

Three Strikes and You Are Out? Not So Fast 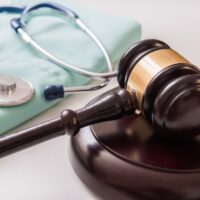 Back in 2004, Florida voters decided to get tough with negligent doctors by passing a “three strikes” law that would cause doctors to lose their licenses if they suffered at least 3 verdicts against them in court. But a recent report by Contact 5 investigators has found that many doctors who were accused of medical malpractice have been continuing to practice.

In fact, investigators found that Florida doctors had paid over $450 million in malpractice claims for causing almost 1,400 deaths over the past 10 years. Some of these doctors have been involved in multiple patient deaths, which we would have thought would result in a license revocation.

The case studies unearthed by Contact 5 investigators were shocking:

Each of these doctors continues to practice in Florida. In fact, a review of their licenses shows that some of them have not even been disciplined by the state.

In all, Contact 5 investigators found that at least 120 doctors in Florida had 3 or more malpractice claims against them over the past decade. However, only 2 doctors have had their licenses revoked because of the three-strikes rule.

How Are Dangerous Doctors Continuing to Practice?

The three-strikes rule sounds good, but there is a big loophole. A doctor will only lose his license if he suffers 3 or more court verdicts against him. But most medical malpractice cases actually settle before the parties ever get to trial. If a doctor settles a case and pays out money, the case does not count as a strike against him or her.

Many doctors now have an incentive to settle before ever going to trial—they can avoid a court verdict against them, so they will not be at risk of losing their license.

For their part, several doctors defended their reputations, claiming that they were not actually negligent but settled many malpractice cases simply because these cases are expensive to defend. The state’s own Department of Health claimed that they couldn’t track all patient deaths in the state and were reliant on layers forwarding complaints to their office for investigation.

Has a Careless Doctor Injured You?

Even if the state lets doctors practice, injured patients do have options. For example, you can bring a lawsuit in court for compensation to cover your injuries and pain and suffering. If the doctor did not follow the standard of care, then he or she is liable for compensation.

Contact Bundza & Rodriguez today. One of our Daytona Beach medical malpractice attorneys will be in touch shortly to discuss your case. Our consultations are completely free and confidential. Please call 386-252-5170.