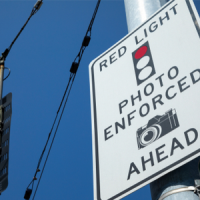 Running red lights and stop signs is against the law in Florida and can result in heavy fines and points on your driver’s license. Unfortunately, it remains one of the most common traffic infractions and a leading cause of car accidents in Daytona Beach. Even among those who have never run a red light or stop sign either by accident or on purpose, hitting the gas when the light turns yellow or merely tapping the brakes for stop signs is common. Both increase car accident risks, endangering you and others on the road.

Driver Killed After Failing To Stop At Daytona Beach Intersection

According to a March 14, 2021 news report by ClickOrlando, a local man was the victim in a fatal car accident in Daytona Beach after running a stop sign on Reliability Way. Police reports indicate he was driving a Chevrolet pick-up truck and heading eastbound when he failed to stop for a stop sign at the intersection of North Williamson Boulevard. A driver in a GMC Yukon was coming from the opposite direction and hit the truck directly on the driver’s side, causing it to roll over. While the Yukon driver was uninjured, the driver who ran the stop sign had to be rushed to a local hospital, where he later succumbed to his injuries.

Life-threatening car accidents caused by running red lights or stop signs are unfortunately common. The National Institutes of Health (NIH) reports they are responsible for nearly two-thirds of all crashes and are among those most likely to prove fatal.

The American Automobile Association (AAA) reports that accidents in which drivers run either red lights or stop signs are at an all time high, claiming the lives of roughly two people each day. In addition to impacting drivers and their passengers, they can result in life-threatening injuries for pedestrians and bicyclists as well. Among the most common reasons for running red lights or stop signs include:

Even drivers who are conscientious in following traffic regulations and practice safe driving behaviors often roll through stop signs or increase their speed when a traffic light changes to yellow. Both could result in traffic tickets and increase your risk of a car accident in Daytona Beach.

When drivers who run red lights or stop signs leave you or your passengers suffering serious personal injuries, you can count on Bundza & Rodriguez, P.A. to help you get the compensation you need to recover. To request a consultation, call or contact our Daytona Beach car accident attorneys online today.