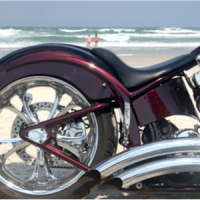 Bike week is Daytona kick-offs the spring and summer riding seasons. In the months to come, motorcyclists will have a host of poker runs, rallies, and other events to choose from, both locally and across the country. While these let you share your passion for riding with others, it is important to be aware of the risks. Bike weeks and other events pose a major threat in terms of motorcycle accidents and injuries.

The 80th annual spring bike week recently concluded in Daytona Beach. While crowds were somewhat smaller this year due to ongoing concerns about COVID-19, the number of motorcycle accidents during the event reached an all-time high. According to a March 18, 2021 report by the Daytona Beach News-Journal, eight people were killed in crashes over the course of the week while officials continue calculating the total number of injured who required care at local trauma centers. Those who lost their lives include:

Event organizers and local traffic safety officials are particularly concerned about the motorcycle crashes that occurred this year as they represent an overall increase over previous bike week figures. In 2020, which saw a record turnout, there were six motorcycle accident fatalities. The previous year only one bike week-related death was reported.

The Risk Of Motorcycle Accidents In Florida

According to Ride Smart Florida, close to 600 motorcycle accidents happen each year throughout the state, representing roughly 20 percent of all traffic crash deaths, while non-fatal accidents leave tens of thousands of other bikers suffering serious personal injuries. In the majority of cases, reckless driving behavior is to blame.

Bikers can help to protect themselves during bike weeks and other events by obeying the speed limit and other traffic regulations, as well as not getting on their bikes if they have had any amount of alcohol. They also need to be vigilant in dealing with other drivers on the road. The reckless actions of nearby motorists are a frequent factor in fatal crashes. This includes:

At Bundza & Rodriguez, P.A., we have decades’ worth of experience serving motorcyclists in our community. When motorcycle accidents happen, you can count on us to help you get the compensation you deserve. Call or contact our Daytona Beach motorcycle accident attorneys online and request a consultation today.