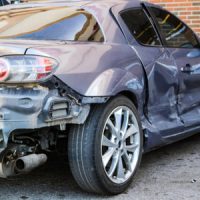 Car accidents can happen in a variety of ways, all of which can result in serious and potentially life-threatening personal injuries. Side impact collisions, otherwise known as t-bone accidents, are among the most common. They often occur in intersections and are one of the most dangerous types of car crashes in Daytona Beach.

A 75-year-old Florida woman was recently killed as the result of a t-bone car accident in Daytona Beach. According to a November 17, 2020 Fox 35 Orlando news report, the crash happened on Clyde Morris Boulevard. The woman was traveling in a 2014 Jeep Compass and had attempted to cut across the southbound lanes to head north on the busy stretch of highway. As she pulled out onto the road, she was struck directly on the driver’s side by a 2007 Ford Explorer headed in the opposite direction.

The driver of the Ford was taken to a local hospital, where she was treated for potentially serious cuts, scratches, and other injuries. The Jeep driver was airlifted to the same hospital, but died several days after the t-bone accident as a result of severe trauma injuries. Police are continuing to investigate the crash but state that no formal charges have been filed in the case.

Statistics from the Insurance Information Institute (III) indicate that side-impact or t-bone car crashes are the most common types of collision on roads in Florida. They are responsible for nearly 20 percent of all car accidents each year and are a leading cause in fatal collisions.

Side impact accidents most often occur on roads and highways both with or without red lights, and stop signs, as well as those that have numerous side streets. Common factors that increase both the likelihood of a t-bone car accident and the severity of injuries victims suffer include:

When a t-bone accident happens, one or both drivers may be partly to blame. One driver may pull out in front of the other from a side street or may attempt to make a turn at an intersection, without looking to see whether someone is coming from the opposite direction. When dealing with insurance companies and their representatives in the aftermath, it is important to speak with an experienced car accident attorney first, prior to making any statements that could be used against you.

At Bundza & Rodriguez, P.A., we provide the trusted legal guidance and professional representation you need when t-bone accidents happen. Our goal is always to ensure you get the compensation you are entitled to in a claim. To request a consultation, call or contact our Daytona Beach car accident attorneys online today.

By Bundza & Rodriguez, P.A. | Posted on January 6, 2021
« Acting As Your Own Patient Advocate Reduces Medical Malpractice Risks
Why Police Partnering With The Community To Battle Crime Is Not Always A Good Idea »