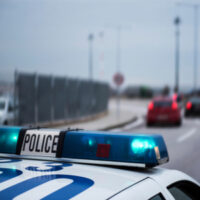 Most law-abiding motorists pull over immediately when they see flashing red lights in their rearview mirror. When a driver fails to do so, police are likely to give chase. Unfortunately, the ensuing pursuit can end up putting other drivers at risk. This was the case in a recent car accident in Daytona that claimed the life of a local man.

A 50-year-old man was tragically killed in a recent car accident in Daytona Beach. According to an August 30, 2020 Click Orlando news report, his vehicle was struck by another driver who was attempting to evade police after allegedly running through a stop sign.

The fatal crash occurred at the intersection of Dr. Martin Luther King Jr. Boulevard and South Street. Police were attempting to pull over a 31-year-old motorist who had disregarded a stop sign a short distance away but the man refused to stop and began traveling at a high rate of speed in an effort to outrun the officers. He eventually drove through a red light and collided directly into the driver’s side of the victim’s vehicle. The at-fault driver struck an additional three cars before finally coming to a stop.

In the aftermath of the crash, many have wondered why someone would take such a risk simply to avoid a ticket for running a stop sign. Unfortunately, these types of situations are common and typically involve other factors, such as:

Officers generally will not hesitate to give chase when attempting to apprehend a driver or a suspect in a crime. Unfortunately, these chases often end up putting other motorists on the road at risk. According to the Bureau of Justice Statistics (BJS), police pursuit related car accidents claim the lives of more than 350 drivers each year, or roughly one per day, while leaving thousands of others suffering serious injuries.

Law enforcement agencies generally have strict policies regarding police pursuits that prohibit them from putting the general public at risk. Unfortunately, this does not prevent at-fault drivers from reckless putting motorists in danger. When these types of crashes happen, you have several options in seeking compensation:

When serious injuries occur due to the reckless actions of other motorists, Bundza & Rodriguez, P.A. helps you get the compensation you need to recover. To discuss your case, call or contact our Daytona car accident attorneys online and request a consultation.

By Bundza & Rodriguez, P.A. | Posted on September 26, 2020
« Evidence That Can Help You in a Personal Injury Claim
Is COVID-19 Responsible For An Increase In Car Accidents? »