How Does Adultery Affect Divorce in Florida? 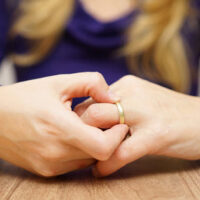 Until recent decades, courts in the United States would not grant a couple a divorce except in the case of some truly catastrophic breach of the marriage contract. Adultery, abandonment, and severe mistreatment such as physical abuse were about the only reasons couples could divorce. Simply not being able to get along with your spouse or your in-laws were not considered grounds for divorce. Today, we live in the age of no fault divorce, so adultery is not as big a factor in divorce cases as it once was, but it can still sometimes make a difference as far as the details of your divorce judgment.

What Is No Fault Divorce?

The “no fault” part comes in because judges no longer have to spend time determining which party was at fault for the breakdown of the marriage. Each party probably feels that it was the other spouse who ruined the marriage. No fault divorce is something of an acknowledgement that it takes two people to make a marriage succeed or fail.

When Adultery Does Matter

Despite the fact that all married couples in Florida have the right to divorce, with or without adultery, evidence that one spouse had an affair can affect the court’s decision on some matters. When it comes to child custody, simply starting a new long-term relationship before legally divorcing one’s spouse usually does not count as being an unfit parent. If you can prove that your spouse’s extramarital affairs are part of a pattern of unstable, irresponsible, and impulsive behavior, however, the court might grant your spouse less time with the children.

As regards property division, adultery on the part of one spouse can affect the judge’s decision about how to apply the doctrine of equitable distribution. Florida courts must divide a couple’s jointly owned property in a way that is fair (equitable). Misconduct, that is, intentional misuse of marital property, can lead judges to favor the innocent spouse (the one who did not commit the misconduct) in property division decisions. Spending money on an extramarital affair can count as misconduct.

Contact Bundza & Rodriguez About Your Options If Your Spouse Committed Adultery

It is normal to feel betrayed if your spouse committed adultery, but the purpose of the family court system is not to punish one spouse or even, in most cases, to decide who is to blame. If you have just found out about your spouse’s extramarital affair, or if you are tired of living in an adulterous marriage, contact Bundza & Rodriguez of Daytona Beach, Florida. Corey Bundza and Michael Rodriguez will help you rebuild your life after adultery.