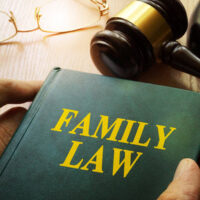 Paternity fraud is a nightmare for all parties involved. Can you imagine how disruptive it would be to find out that your biological father was someone other than who you thought he was? Can you imagine how distressing it is to find out that the children you raised from birth are not genetically related to you, when you had been certain that they were? How does Florida family law deal with cases of deception involving a child’s parentage?

Certainly, it takes more than DNA to make a family, and Florida acknowledges this. Case in point, adoption and surrogacy are very simple legal matters and rarely involve litigation. Even legally establishing paternity does not always require DNA paternity testing. If unmarried parents want to gain legal recognition of the father’s relationship to the child, all they have to do is submit a Voluntary Acknowledgement of Paternity; the judge usually does not order a DNA test.

The Parker v. Parker case raises several issues highlighting the ambiguity with which Florida law regards the definition of paternity. Richard and Margaret Parker divorced when their son was a toddler, and the court ordered Parker to pay child support. Sixteen months after the divorce, Richard had fallen behind on his support payments, and he argued in court that he doubted that he was the child’s biological father. DNA testing revealed that Richard was not the child’s father. The court ordered Richard to continue to pay child support despite the lack of genetic relationship. If Richard had wanted to disprove his paternity, he should have done so when the divorce was filed; the statute of limitations for challenging paternity in a divorce is one year from the date of filing. The court argued that, since Richard waited until sixteen months after the divorce, his motivation for challenging his paternity was simply to get out of paying child support. Up until this point, he had always acknowledged the child as his son.

To the Florida courts, raising a child has as much to do with paternity as sharing half of the child’s DNA does. Another reason why courts are so strict about challenges to paternity goes back to a precedent from the pre-DNA testing days. Before DNA paternity tests were available, it was virtually impossible to establish biological paternity with any certainty. Challenges to paternity necessarily involved the ugliest of ugly accusations, with little hope of resolution. Therefore, courts often refused to entertain them.

Forcing a man to pay child support when he is not genetically related to the child and is not the partner of the child’s mother seems unfair to many people. Therefore, Florida lawyers are looking for solutions to avoid cases like Parker’s from happening in the future.

The attorneys at our office in Daytona Beach, Florida are experienced in dealing with family law cases about paternity. Contact Bundza & Rodriguez, P.A. if you have been a victim of paternity fraud.