Close Menu
Daytona Beach Lawyers > Blog > Criminal Law > In Florida, It Is Still Illegal Not to Disclose Your HIV Status to Partners

In Florida, It Is Still Illegal Not to Disclose Your HIV Status to Partners 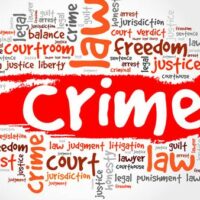 It has been less than 40 years since a physician first described the disease that would become known as AIDS, but treatment and prevention of HIV-related illnesses have advanced by leaps and bounds. In 2017, if a young adult newly diagnosed with HIV in the United States has access to adequate medical care, he or she has the same life expectancy as an HIV-negative person.  Routine screening of pregnant women and follow-up with appropriate treatment means that almost all children born to HIV-positive mothers are HIV-negative. Antiretroviral drugs can reduce the number of HIV viruses in body fluids to where it is virtually impossible to transmit the virus, and pre-exposure prophylaxis (PrEP) drugs are available to HIV-negative people whose partners are positive or whose partners’ HIV status is unknown. In the medical community, goals related to HIV as a public health issue contain phrases like “functional cure” and “AIDS-free generation.” Still, Florida’s laws relating to HIV have remained unchanged since a time when HIV infection almost always meant a slow, painful death and no hope of recovery. Failure to notify a sexual partner of your HIV-positive status is still a criminal offense that can result in a lifetime of being listed on Florida’s sex offender registry.

In October 2017, authorities arrested Jaylin Grant of Lehigh Acres, Florida for failing to notify at least one sex partner of his HIV-positive status. Grant was diagnosed with HIV in October 2016.  It is not known whether the partner became infected with the virus. Grant faces felony charges.

One can hope that Grant does not face the same punishment that befell Nick Rhoades of Idaho. Rhoades was convicted of not notifying a partner about his HIV-positive status and was sentenced to 25 years of incarceration. Never mind that the partner did not contract HIV from his contact with Rhoades or that Rhoades used a condom and that, because he was taking antiretroviral drugs, his viral load was so low that the chances of transmitting the virus, even without a condom, were almost zero. In other words, he did everything in his power to avoid transmitting HIV to another person. After Rhoades served part of his sentence, the sentence was reduced to probation, but, unless the laws change, Rhoades must remain on the Idaho sex offender registry for the rest of his life.

It is as though Grant, Rhoades, and others convicted under current HIV laws are being punished simply for being HIV-positive. So far, California is the only state that treats not telling sexual partners about your HIV diagnosis as a misdemeanor; in every other state, it is a felony. As current scientific advances have made HIV a much more manageable and preventable condition, laws should reflect the scientific reality, instead of being based on an outdated stigma.

If you are HIV-positive, do not let the legal system treat you like a criminal just because of your HIV status. Contact Bundza & Rodriguez in Daytona Beach, Florida for professional advice about your rights.