Charged With Leaving The Scene Of A Car Accident In Daytona Beach? 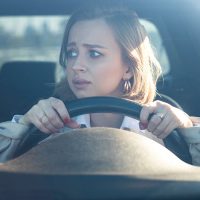 When car accidents in Daytona Beach happen, the law requires you to stop at the scene and exchange information with other motorists involved. However, in too many cases drivers panic and attempt to flee, which can leave you facing serious criminal charges. To protect yourself against penalties which include fines and a potentially lengthy jail sentence, it is important to get an experienced Daytona Beach criminal defense attorney on your side right away.

Common Reasons For Leaving The Scene of A Car Accident

Being in any type of car crash is a jarring experience. In the immediate aftermath, it is common for drivers to be in a state of shock. As most people are only involved in maybe one or two collisions over the entire course of their lives, it is common not to know what to do in the aftermath. Instinctual drives can kick in and cause you to want to flee the scene. This is most likely to happen in the following cases:

Regardless of the circumstances, leaving the scene of a car accident in Daytona Beach only makes it worse, as police will catch up with you eventually. The Daytona Beach News-Journal recently reported on a Bunnell man who attempted to evade law enforcement after driving at high speeds and causing a crash. In addition to criminal charges related to the accident and prior criminal behavior, he also faces charges for leaving the scene of an accident with serious injury.

Criminal Penalties You Could Face

Under Section 316.027 of the Florida Statutes, motorists are required to stop and remain at the scene of any car accident resulting in property damage or personal injuries. Failing to do so could result in serious criminal charges with penalties that have the potential to be severe. In addition to being held legally liable for property damages, medical costs, and lost wages other drivers suffer, you could also be facing the following:

To protect yourself against the penalties associated with leaving the scene of an accident, get Bundza & Rodriguez, P.A. on your side. Call or contact our Daytona Beach criminal defense attorneys online and request a consultation today.

By Bundza & Rodriguez, P.A. | Posted on August 10, 2021
« How Serious Are Soft Tissue Injuries?
Should I Hire A Property Damage Claims Attorney? »