176 People Shot in Volusia & Flagler Counties in One Year 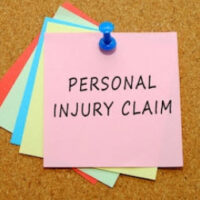 The Dayton-Beach New Journal has published an interesting story that looks at all of the gun shootings that occurred in Volusia and Flagler counties in 2018. Because many shootings are not reported, the New Journal used several journalists to track down each incident using police records.

The story is compelling reading because it highlights the scope of the fun problem in our counties. In 2018, 176 people were shot, resulting in 112 people dead. The shootings ranged from accidental discharges to homicides to suicides. Some of the statistics might be surprising.

Most of the People Killed are Suicide Victims

When we hear the term “gun safety,” the first thing many people think of is someone using a firearm in a robbery or to harm someone else. But the majority of people killed in Volusia-Flagler in 2018 were suicide victims—a total of 89 people in all.

The age breakdown was as follows:

Few Victims are Related to the Shooter

In a large number of cases, the relationship between victim and shooter was unknown. In only 8 cases was the victim married or dating the shooter. In only one case were they cousins. By contrast, in 21 cases, the victim was an acquaintance or a friend of the shooter, and in many situations they had no relationship other than participating in the same drug transaction.

Many Shootings are Accidental

Accidental shootings were the third largest category of shootings in 2018, coming in behind suicide and attempted murder/aggravated battery but ahead of homicides. In all, 9% of shootings were accidents, and all the victims were male.

The report mentions the story of a man who tried to clear his weapon with it pointed toward the ground but ended up accidentally shooting part of his foot off. Alarmingly, the man was experienced with firearms so probably should not have made this mistake. He has returned to work but suffers from permanent nerve damage.

If you were injured in a shooting, you might be able to receive compensation for your injuries. At Bundza & Rodriguez, we represent personal injury victims in Volusia County, and we are pleased to meet with you to discuss your circumstances.

Whether you were shot accidentally or deliberately attacked, our Daytona Beach personal injury attorneys might be able to get compensation for your injuries. Reach out to us without delay by calling 386-252-5170.

By Bundza & Rodriguez, P.A. | Posted on May 17, 2019
« Injured as an Uber Passenger: Am I Covered by Insurance?
New Texting While Driving Law to Take Effect »