Common Reasons You Could Be Falsely Accused Of A Crime 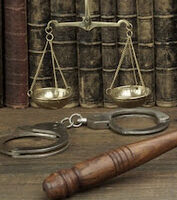 False accusations can easily result in criminal charges in Daytona Beach. Witnesses may have wrongly identified you, police may have jumped the gun in making an arrest, or evidence from the crime scene may have been misconstrued or tampered with. Regardless of the fact that you are innocent, you could still be convicted and may face serious criminal penalties.

Wrongfully Accused of A Crime In Daytona Beach?

Facing any type of criminal charges in the Volusia County Court is a serious matter. Even relatively minor crimes can result in harsh penalties. The mere accusation of a crime can cause problems at home and work while ruining your reputation in the community. If you are convicted on the charges, you could be facing heavy fines, a potentially lengthy jail sentence, and a permanent criminal record.

The fact that you are innocent of any wrongdoing is often irrelevant to the case. Plenty of law abiding people end up being wrongfully accused of crimes each year. Among the most common reasons include:

According to the Innocence Project, more than 20,000 people are currently sitting in prison for crimes they never committed. If you are wrongfully accused of a crime, it is important to act quickly in protecting yourself. Your first step should be to contact an experienced criminal defense attorney immediately. Downplaying the situation, assuming the truth will come out, or attempting to handle the matter on your own could have dire consequences.

At Bundza & Rodriguez, P.A., we can conduct our own investigation into your case. We thoroughly review the charges against you and the procedures followed while gathering the evidence needed to prove your innocence. Call or contact our Daytona Beach criminal defense attorneys online and request a consultation today.

By Bundza & Rodriguez, P.A. | Posted on December 2, 2020
« When Personal Injuries Happen At A Friend or Family Members Home
Car Accident In Daytona Beach? Use Caution In Dealing With Insurers Afterward »