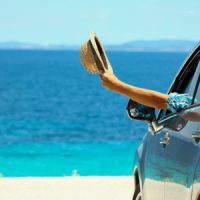 Daytona Beach’s 23 miles of coastline are a major attraction and one of the features that makes our area so unique is the ability to actually drive on the beach. While Daytona is well known for beach driving, there is an alarmingly high number of pedestrian accidents associated with the practice. A newly seated Volusia County councilman won over voters by vowing not only to protect beach driving in Daytona but to further expand it, but critics have been focal in voicing their concerns over the potential dangers.

Controversy Over Beach Driving In Daytona

Since the early 1900s, both professional and amateur drivers have enjoyed the freedom of being able to drive on the beaches in Daytona. The City of Daytona Beach claims it is one of the most popular and iconic of local activities, drawing hundreds of thousands of tourists to the area each year. For a modest $20 fee, visitors can pull their vehicles right onto the sand and set up for sunbathing or simply enjoy the views while driving up and down along the surf. However, critics claim that beach driving not only creates environmental hazards, but it puts pedestrians at risk.

According to CBS News, pedestrian accidents due to beach driving are common and while there are no exact statistics, more than 40 separate incidents have been reported over the past several years. Other beaches in Florida where beach driving is popular, such as on Amelia Island and at Fernandina Beach, have discussed putting a stop to the activity. While some Daytona residents share these sentiments, the recent election of a pro-beach driving county council member may end up easing some of the restrictions already in place.

Advocates Insist Beach Driving In Daytona Is Here To Stay

As a Volusia County council candidate, Jeff Brower made it clear he was pro-beach driving in Daytona. Not only does he vow to vote against potential beach driving bans in certain areas, but he supports easing many of the relatively minor restrictions that are already in place.

While he is expected to act on his campaign promises when he takes his county council seat in January 2021, the Orlando Sentinel reports that there is still a loud and vocal number of residents firmly against beach driving and concerned about the effects it could have. To protect themselves, beach goers are encouraged to watch for vehicles when walking on the beach and should be especially cautious when lying on the sand, which is likely to render you invisible to drivers. If a pedestrian accident does occur, notify the local police immediately. Beach drivers can be held accountable for injuries you suffer as a result of their actions.