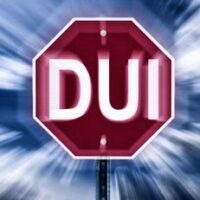 It is easy to assume that DUI in Florida means driving under the influence of alcohol, but in fact that is only part of what Florida’s DUI laws cover. One of the earliest steps toward getting a driver’s license test in Florida, before you even take the test on traffic laws to get your learner’s permit, is to take a one-day class that deals with DUI, and it focuses very heavily on alcohol. In fact, you can also face DUI charges in Florida if you drive under the influence of any of a variety of substances. You can be charged with DUI if you drive after taking illegal drugs, but also after taking certain prescription drugs that make driving unsafe. Those are only the most clear-cut cases, though. Some drugs fall into a gray area s far as whether it is legal to take them before operating a motor vehicle; in fact, some drugs are in a legal gray area as far as whether it is legal to consume them at all.

Drugs That Are Clearly Illegal to Take Before Driving

Chapter 893 is the section of Florida law which states which drugs are illegal. It classifies drugs according to schedules, ranging from drugs which are illegal without exception, to drugs which can be obtained by prescription, but the use of which is restricted because of the potential for abuse. The law categorizes the schedule of a drug based on how great the dangers of abuse are for that drug. When you get pulled over for DUI, law enforcement can test your breath or blood for the presence of many different drugs. If you are found to have taken a drug that you have not been authorized to take, then DUI is just one of your legal problems.

Ambien and Its DUI Loopholes

Zolpidem, also known as Ambien, is a sleep medication available only by prescription. It has gained media attention because of its bizarre side effects; people who take Ambien sometimes enter a state of consciousness similar to sleepwalking. They appear to be awake, but they are unaware of what they are doing. Florida cops have pulled over drivers for “sleep driving” under the influence of Ambien. While it is clearly unsafe to drive after taking Ambien, Florida law does not specifically prohibit it, so defendants in Ambien-related DUI cases have been found not guilty.

“Research chemicals” is a euphemistic term for substances that are chemically very similar to drugs with abuse potential, but their molecular structure is just different enough that they do not match with any drugs that drug tests can screen for. They are technically illegal; United States law considers them “analogs” of illegal drugs and controlled substances. Many research chemicals are benzodiazepines, and drug tests recognize them as such, although they cannot match them exactly to any specifically scheduled drug. They give a drug test result such as “unknown benzodiazepine” or “other benzodiazepine.”

Many DUI cases are much more complex than they seem, especially if they involve a drug that you have been taking as prescribed. Contact Bundza & Rodriguez in Daytona Beach, Florida if you are facing DUI charges.

By Bundza & Rodriguez, P.A. | Posted on January 5, 2018 Tags: Daytona Beach Criminal Defense Lawyer, Daytona Beach Criminal Defense Lawyers, Driving Under the Influence of Drugs, Florida DUI Defense
« How Do Florida Courts Regard Recovered Memories of Sexual Assault?
Florida Lawmakers Can’t See Eye to Eye on the Role of Optometrists: Here Is What Patients Can Do to Protect Themselves from Malpractice »