How Do Florida Courts Regard Recovered Memories of Sexual Assault? 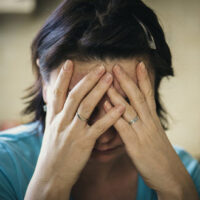 Sexual assault cases are some of the most delicate legal matters because of the risk of social stigma for all parties involved. Victims of sexual assault may hesitate to file lawsuits because of the fear that no one will believe them or that society will blame them for what happened. They might also hesitate to bring charges because they want to avoid reliving the trauma of the assault. To further complicate matters, in some cases, it can be one party’s word against the other’s about whether an act was consensual. (All states have laws about age of consent, such that a sexual act between an adult and a minor cannot be considered consensual and is always regarded as a sexual assault. The only exception is the “Romeo and Juliet” laws, which state that a sexual act between a teenager just above the age of legal majority and another just below the age of legal majority can be consensual.)

The 1990s saw quite a few cases, 23 in Florida alone, in which plaintiffs based their claims of sexual assault on traumatic memories that they had long repressed and had later recovered during psychotherapy. Adult plaintiffs brought lawsuits against family members, teachers, and clergy whom they claimed had sexually abused them decades earlier. For a period in the early 1990s, courts tended to accept recovered memories as evidence of sexual abuse, but beginning in 1995, they ceased to give weight to this type of evidence. The medical community holds that, unless there is some other form of supporting evidence, it is not possible to tell the difference between a recovered (true) memory and a fabricated (false) one. Furthermore, many of the alleged victims recovered these memories as the result of highly suggestive therapies not considered acceptable by mental health professionals.

The recovered memory controversy of the 1990s may be a thing of the past, but sexual assault cases still require skilled attorneys. Contact Bundza & Rodriguez in Daytona Beach, Florida for a legal consultation.