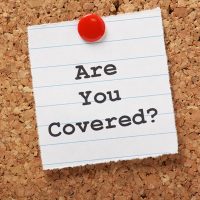 Troubles in Florida’s private home insurance market throughout 2022 have left homeowners searching for new options due to insurers dropping coverage or going out of business entirely. Florida’s property insurance market is among the most volatile in the nation, with insured homeowners being dropped even as hurricane season remains a threat.

Some of the home insurance companies that have left the Florida market or gone insolvent in 2022 include:

Others, including Progressive, Florida Farm Bureau, and United, have stopped writing new policies in some or all parts of Florida, until the market stabilizes.

Meanwhile, over 17 insurance companies have seen their ratings downgraded from “A” to “S” (meaning Substantial) or “M” (meaning Moderate) by ratings agency Demotech. While insurance company grades are not something homeowners often think about, this will affect their mortgage lenders in many cases. Fannie Mae and Freddie Mac, for example, require homeowners to carry policies with “A”-rated insurers. Downgrades in an insurer’s rating can jeopardize a homeowner’s mortgage or require them to find a new and more expensive policy.

What is Causing Property Insurers to Leave Florida?

The most frequently cited reason for rising costs and closed policies is roof-repair fraud schemes that have cost homeowners and insurers dearly over the past several years. Some insurers point the finger at litigation costs and other factors, meanwhile. One factor that has not led to rising costs have been hurricanes themselves. Most hurricanes and tropical storms during the past few years have moved up the Gulf and hit Louisiana and Texas – sparing Florida from direct strikes. Thus, it is safe to say that the current Florida insurance crisis is man-made.

What are an Insured’s Options if They Are Abandoned by Their Insurer?

Citizens Insurance – once the “company of last resort” – has taken on thousands of new policies with homeowners left behind by their private insurance companies. However, Citizens may only insure homes of a certain value, and they have limits to how many new policies they can write themselves.

As a result, thousands of Floridians have been left frustrated and feeling shortchanged, even starting Facebook groups in solidarity with other homeowners abandoned by their insurers.

If Your Insurer has Canceled Your Policy or Left the State, Our Florida Property Damage Attorneys at Bundza & Rodriguez, P.A., Can Help Evaluate Your Options – Including Legal Options

This is a difficult and unpredictable time for Florida homeowners worried about their property insurance. Innocent homeowners that have always paid their premiums on time have found their coverage interrupted and with claims left unpaid in some instances. The Daytona property damage insurance attorneys at Bundza & Rodriguez, P.A., can help if you believe your insurer is threatening to cancel your policy, refusing to pay out, or has already closed up shop and left you hanging. If you have any questions or concerns, call our Daytona law offices at 386-252-5170, or schedule a consultation with our Daytona Beach property damage attorneys online today.