A Look Back at the Worst Hurricanes of the Past Decade 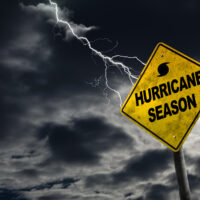 Floridians might have been spared the worst damage inflicted by Hurricane Dorian, but there were many storms over the past 10 years that caused significant destruction. In fact, some Floridians are continuing to deal with the fallout from hurricanes that struck in 2016 and 2017.

According to the Orlando Sentinel, there were 158 recorded named storms in the Atlantic Ocean during the past decade. This worked out to around 10 more than in the decade before that (the 00s). As the Sentinel noted, not all named storms turned into hurricanes, since Tropical Storms are also named. However, about 72 tropical storms developed into at least a Category 1 hurricane (which have sustained winds of at least 74 miles per hour). This total was one fewer than the number of hurricanes in the first decade of the century, which came in at 73.

In the 2010s, only five hurricanes made landfall in Florida, slightly down from the eight that hit our state in the 00s. However, who can forget the hurricanes that did hit the United States? For example:

Of course, Dorian also devastated the Caribbean, causing at least 70 deaths and billions of dollars in damage, though Florida was spared.

Do You Need Help with a Hurricane Insurance Claim?

The new decade should see plenty of storm activity, which means that homeowners will need to be prepared to make claims with their insurers. At Bundza & Rodriguez, P.A., our Daytona Beach hurricane insurance claim lawyers are happy to assist any way we can, from filing an initial claim to bringing an appeal or a lawsuit. Reach out to our lawyers today, 386-252-5170 to schedule a free consultation.