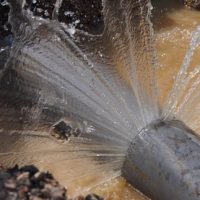 Burst pipes cause extensive damage that not only has the potential to destroy certain areas of your home, but also result in very costly repairs. When a pipe has been slowly leaking over time before a major burst happens, the damage can be even worse. A pipe that leaks over a long period of time can fill a house with moisture, resulting in damage to walls and ceilings, as well as increasing the chance of mold growth.

If one of your pipes has burst in your home, you may wonder if insurance will cover the damage. Below, our Daytona Beach water damage lawyer explains the important things you should know.

Will Insurance Cover a Burst Pipe?

Burst pipes may or may not be covered under your insurance policy, depending on the language contained within it and how the damage occurred. The majority of homeowners insurance policies only provide coverage for a burst pipe if it happened suddenly and unexpectedly. For example, if a hurricane caused a pipe to burst, you could likely obtain coverage for the damage.

Additionally, if a pipe burst while repairs were being made to the home, the damage is also likely not covered by your insurance company. In this case, the contractor who was responsible for bursting the pipe would be responsible for covering any damage to your home.

If you are a tenant and have renter’s insurance, whether or not a burst pipe is covered by your policy will depend on the terms within it. However, unlike homeowners insurance, most rental insurance policies do provide coverage for burst pipes. This is due to the fact that it is not considered to be the fault of the tenant if a pipe bursts.

How to Spot Water Damage in a Home

Due to the fact that a homeowners insurance policy likely will not cover a burst pipe if there was already water damage, it is important to know how to spot it as soon as it occurs. When trying to identify water damage in a home, the following tips can help.

Filing a claim for damages after a burst pipe is never easy, particularly since insurance companies are always looking for ways to deny claims. At Bundza & Rodriguez, our Daytona Beach water damage lawyers can help you through the process and give you the best chance of obtaining the coverage you need. Call us now at 386-252-5170 or contact us online to schedule a free consultation.

By Bundza & Rodriguez, P.A. | Posted on January 12, 2023
« Steps To Take When Filing An Insurance Claim After A Fire
Does Homeowners’ Insurance Cover Damaged Siding? »