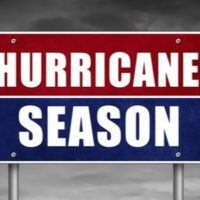 Hurricane season in the Atlantic basin officially begins June 1st and runs through November. But according to the Sun Sentinel, one of Florida’s Congressional representatives is asking the National Oceanic and Atmospheric Administration (NOAA) to start the season a couple weeks earlier, in mid-May.

Representative Stephanie Murphy of Orlando has sent a letter with a request that the official hurricane season be pushed up a couple weeks. Her letter coincides with the formation of three tropical storms early in the 2020 season. This is also the sixth year in a row in which a tropical storm formed before June 1.

Why Changing the Season Is Important

Representative Murphy believes that the season should change to coincide with all major storm activity, which this year clearly has begun in the middle of May. She believes that public funding decisions and safety campaigns are influenced by the official start date.

Certainly, the media relies on the official “start” of hurricane season to increase public awareness, especially about how to get a home hurricane ready. We see many stories about how to “hurricane proof” a home pop up right before June 1.

Early storm activity is related to warmer water in the Florida Straits and might also be influenced by increasing temperatures. With global temperatures rising because of Global Warming, we should expect more pre-season storms in coming years. Consequently, it might make sense to move up the start of the official hurricane season.

The NOAA has acknowledged receipt of Representative Murphy’s letter and plans to discuss it with her. However, scientists explain that only one hurricane has formed before June 1, and that was Hurricane Alma back in 1970. Indeed, no hurricane has struck the mainland United States before July 1 since 1986. The reason why we are seeing more pre-season tropical storms is that improved satellite monitoring is catching them, but they have been very weak.

For this reason, one scientist has come out against moving up the official start date of the hurricane season. According to Brian McNoldy, a senior research associate at the University of Miami, the official season was designed to catch the bulk of major storm activity, not all of it. Without any hurricanes forming before June 1, he does not believe there is any reason to push back the start of the season to the middle of May.

However, as a counter argument, we would point out that even tropical storms are dangerous. They can dump tremendous amounts of water, even if their sustained wind speeds prevent them from rising to hurricane level. Flooding can still cause tremendous physical damage and even the loss of life.

Do You Need Help Negotiating with an Insurer?